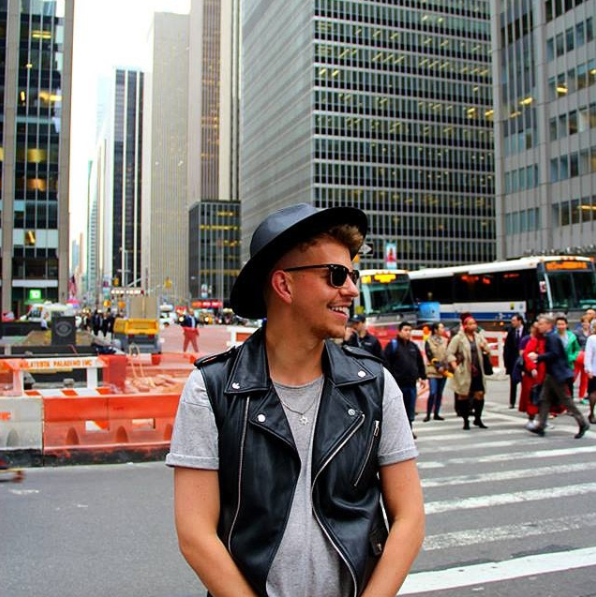 Timothy David started in his craft at 13 in a local salon and falling in love with his work, he studied with a number of senior stylists and mentors to gain the skills he needed to progress. This is where Timothy’s passion and love for the art all really fell into place and at 16 he headed to the USA to work with the team at Belle Vie Salon, (PASCO COUNTY, FLORIDA) where he became inspired.

By the time Timothy returned home and  finished college back in Northern Ireland, he had a column in the salon with a good clientèle, in a very upmarket area of Belfast. Timothy stepped into a manager role for the salon at 18.

Outside the salon Timothy loved nothing more than experimenting with a camera, model and hair. He began working on photoshoots and creative pieces. His creative juices soon moved him to Australia, Melbourne, to work for Masci Hair Company where he was a senior stylist, honing his creativity and technical skills. When Timothy returned to Northern Ireland once again, he stepped firmly into the world of hair in TV and film as a trainee to add another step of variety.

From working on GAME OF THRONES Seasons 2 and 6. WARHOL The Foreigner.using each experience to gain new abilities to add into his way of hair dressing.

His work has featured in a number of glossy magazines and this experience gave him a taste of what he absolutely loves about creating hair for shoots.. FHM OK  Magazine  – working with other artists and particularly in the music industry with such artitsts as Grace Jones, Ella Paige he found his true niche. His love and drive became clear.

Timothy moved to London in 2012 to focus on hair for TV and Fashion and has since worked with some amazing names within the TV and fashion industry. Having molded himself in to an accomplished artist, Timothy is in demand for fashion, film and TV shoots,  and is doing what he loves best.